I’ve been remiss in my attempt to come off as less narcissistic in this blog. As a result, here are precious internet links which are (surprise! surprise!) not feministic / against organized religion / controversial in nature or about me. Mostly.

There is now, in fact, a way to drink dirty water without the long purification process, without needing batteries or electricity, and without shelling out money (much). Introducing the LifeStraw Portable Water Filter, which has been around since 2005 and has won some well-deserved awards; it can provide 1000 liters of safe drinking water. Brilliant! 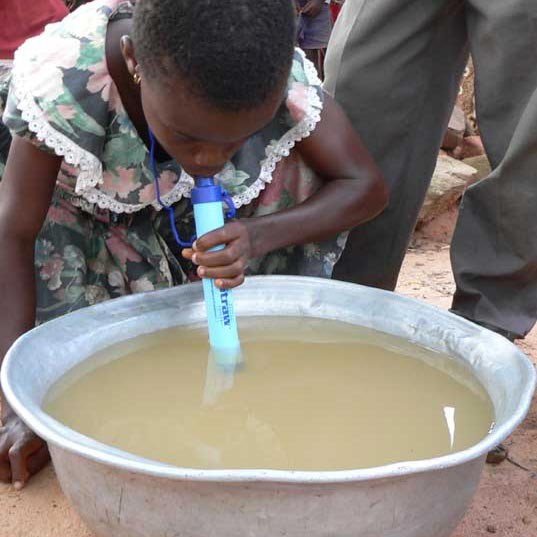 I am still waiting for a quick and portable way to desalinate and purify water. Another survival must is a survival guide, which I still haven’t gotten around to acquiring and reading. Have to learn how to make fire in the wild and all that.

Absolutely adorable for the kitchen

I don’t actually have my own kitchen, so.

are shaped like oversized pencils, where the “leads” contain three different flavours: truffles, pesto and chilli. With the built-in grating function you can sprinkle delicious, appetizing flakes of parmesan cheese on your meal. A scale lists how many calories the portion contains.

Here are the beauties in action:

I will definitely check out The Deli Garage’s other lovely packaged products.

Hats and hearts to Lois Lane 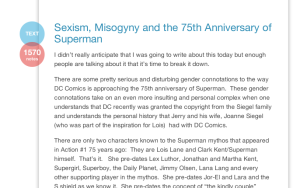 *Okay I may have been kidding when I said this post won’t be feminist in any way.

Sexism, Misogyny and the 75th Anniversary of Superman is one of those moving and well-written articles that can be unexpectedly found in the mixed maze that is tumblr. It tackles the issue of who appears in the variant cover of the issue celebrating Supes’ 75th. Here, Lois Lane –who I never had love for, because (1) I wasn’t a DC fan and (2) I wasn’t a DC fan– is painted as the cornerstone of female characters and empowerment in the comics universe. She’s tough, hard to objectify, a career woman, and, most importantly, one of the only two presently known characters to have appeared in Action #1, the very first issue (the other being, of course, Superman). Because of her, career women like Pepper Potts (who is a MCU favorite of mine) exist. Because of her, we have Superman as we know him.

She pre-dates Lex Luthor, Jonathan and Martha Kent, Supergirl, Superboy, the Daily Planet, Jimmy Olsen, Lana Lang and every other supporting player in the mythos.  She pre-dates Jor-El and Lara and the S shield as we know it.  She pre-dates the concept of “the kindly couple” finding Clark Kent. She pre-dates FLIGHT.  Clark Kent had asked her out on a date before BATMAN AND WONDER WOMAN even existed.

…There was a woman in Action Comics #1 and she was an icon for millions of women who grew up seeing her on television and in comic books.  So ask yourselves why DC Comics is now trying to erase the influence of the first woman of comics and more importantly, ask yourselves if it wouldn’t just be easier for Dan Didio and Jim Lee to just openly spit on Jerry and Joanne Siegels’ graves.

Because this is tumblr, I don’t know the real name of the original author.

Something for every room

I love reading and looking and just generally awe-ing at space-saving minimalist furniture pieces. My sister and I used to look at IKEA catalogues for ages and dream about that bed set-up or that other bed set-up.

The Growing Cabinet designed by Yi-Cong Lu transforms and breathes according to usage and need.

There’s another cool cabinet fixture that I saw before, but for the life of me I can’t find it. Unfortunately.

As a child I used to write down Greek, Norse and Egyptian god family trees. I don’t know why; I probably did it for the same reason I took notes on saints and Galileo and science! and stuff. I may have been an early geek.

So this find was a complete delight. Some lines can be contested, but its aesthetic and informational value can’t. Severino Rebecca’s Family Tree Diagram of Greek Mythology is beautiful.

The 50 Sexiest Male Characters in Comics. That is all.

Pictures from the source. Where’s can I find them? Click on the yellow-orange words yay!