There is possibly no way for a normal person to objectively review the movie without squealing (just kidding). But it rests that I may be a little biased for it: I’ve been waiting for this for many years, way before I even knew it can exist. 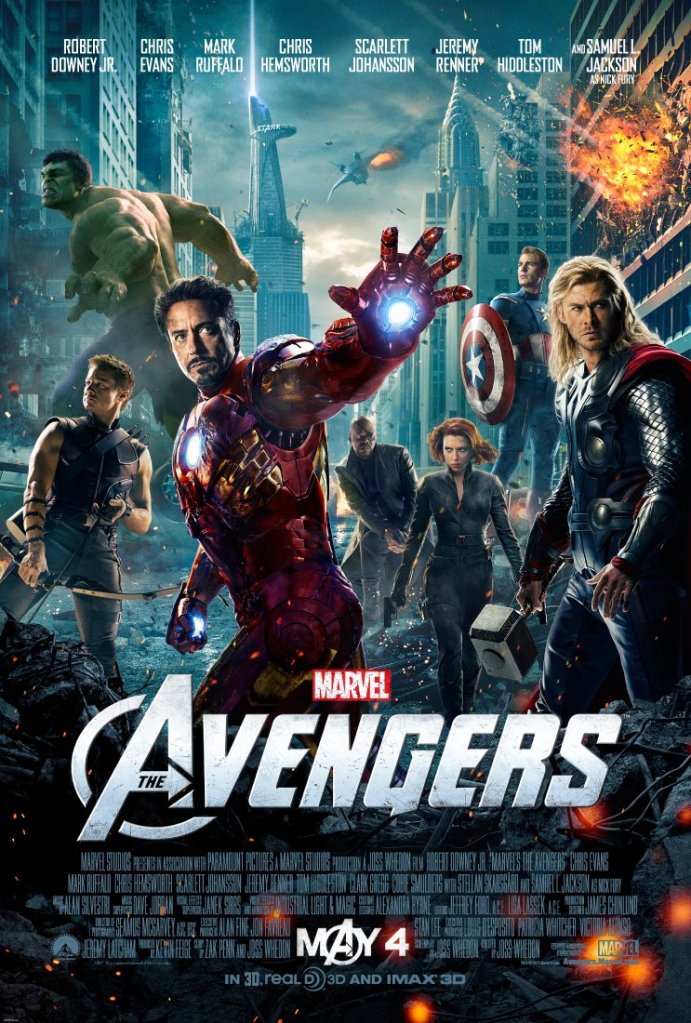 What is it about?

This question is only asked by people who live under a rock or do not know how to use Wikipedia. But magnanimously of me, I will still answer, possibly inaccurately.

The Avengers (2012) movie features the ‘superheroes’ who starred in the recent Marvel produced films, from Hulk to Captain America: The First Avenger. Marvel and related producers have exerted a lot of effort into putting in “cookies” or “easter eggs” in the movies to establish that all of the events occurred in the same universe, within months or years of each other (or in the case of Iron Man 2 and Thor, at the same time).

[Read on if you’ve watched all trailers/teasers.] The main-featured antagonist of the film is Loki, Thor’s missing brother, whose motivation stems from the events of Thor (2011) and from his journeys during his exile. The conflict within the film is raised by the existence of the Tesseract, an unlimited source of power (which us Earthlings don’t fully understand yet). After an incident engineered by Loki, the characters are officially recruited to join the Avengers team (under Director Nick Fury, who is aided by Agent Coulson and Hill): Black Widow, Dr. Bruce Banner, Iron Man, Captain America and the Hulk. Hawkeye is also part of the team. They are able to gain custody of Loki at some point, and on another, Manhattan/New York is invaded by extra-terrestrials invited in by Loki.

It ends happily (at least in my opinion).

Your summer simply will NOT be complete without watching this movie. The special effects were brilliant, and so was the plot. I really applaud the effects, set, props and costume teams. I love the costumes (both suited up and in normal clothes) of Loki and Tony Stark. You can’t miss the unbelievable set/props and the tech, especially those involving StarkTech (though they’re all CGI, I still wish they’re real) and the magical voodoo. They made a stellar job for the movie, though there was that one, out-of-the-blue never repeated incident where I thought “this looks fake”. The dynamics between the different superheroes/characters were all unique and nuanced, in a way, that made it really interesting. Everyone got a chance to play with everybody -the dialogue and interactions actually work.

And it’s the AVENGERS. Come on. Even just the idea of it should bring you to the cinema. It’s different – it’s exciting.

There was a part that really, really struck through me and made me think that any possible sequel would be a little less awesome. I hope they write in some sort of miracle to reverse the damage, though I understand more than one reason for it. But there was also a part (specifically the team-focused ending and the mid-credits scene) that brought my spirits up. The next Marvel movies would be a truckload of awesome if they bring a certain Asgardian back. And I can’t figure out the mid-credits scene yet. Ideas?

I cannot wait for the rest of the world to catch up. It is really hard to keep my screaming and feels inside so that I won’t spoil anybody. Also, I need fanfics based on the movie, and obviously those won’t materialize yet with the other side of the planet watching on the 4th. Sigh. I just. Well. The next movie to fill my heart is Iron Man 3. Lord I hope it’s brilliant.

And oh. I hope all the actors stay in the business longer. I need Tony Stark in a lot more movies.

Will have to download the soundtrack. And will watch it again this weekend!